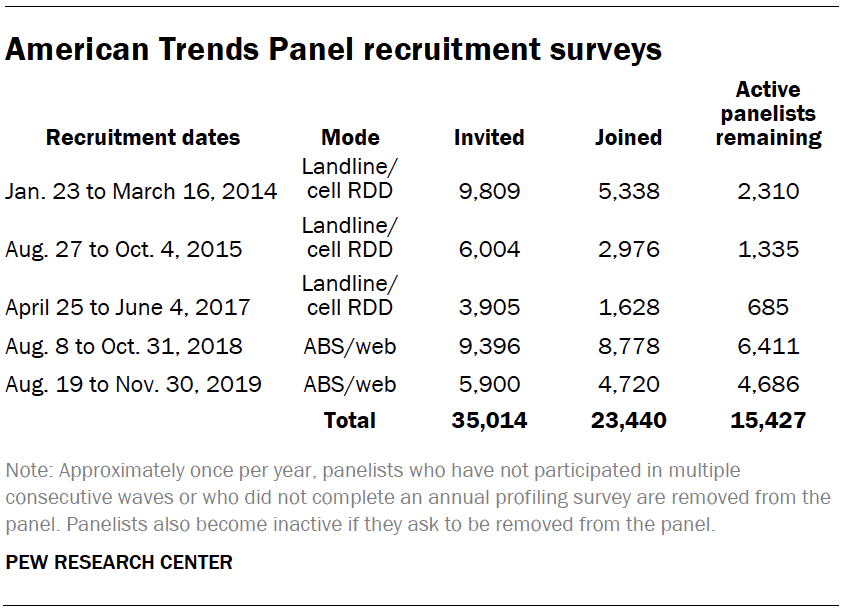 Data in this report is drawn from the panel wave conducted April 7 to April 12, 2020. A total of 4,917 panelists responded out of 6,092 who were sampled, for a response rate of 81%. This does not include one panelist who was removed from the data due to extremely high rates of refusal or straightlining. The cumulative response rate accounting for nonresponse to the recruitment surveys and attrition is 4.4%. The break-off rate among panelists who logged on to the survey and completed at least one item is 1.7%. The margin of sampling error for the full sample of 4,917 respondents is plus or minus 2.1 percentage points.

This study featured a stratified random sample from the ATP. The sampling strata were defined by the following variables: age, ethnicity, education, country of birth (among Hispanics), internet status, party affiliation, voter registration and volunteerism. 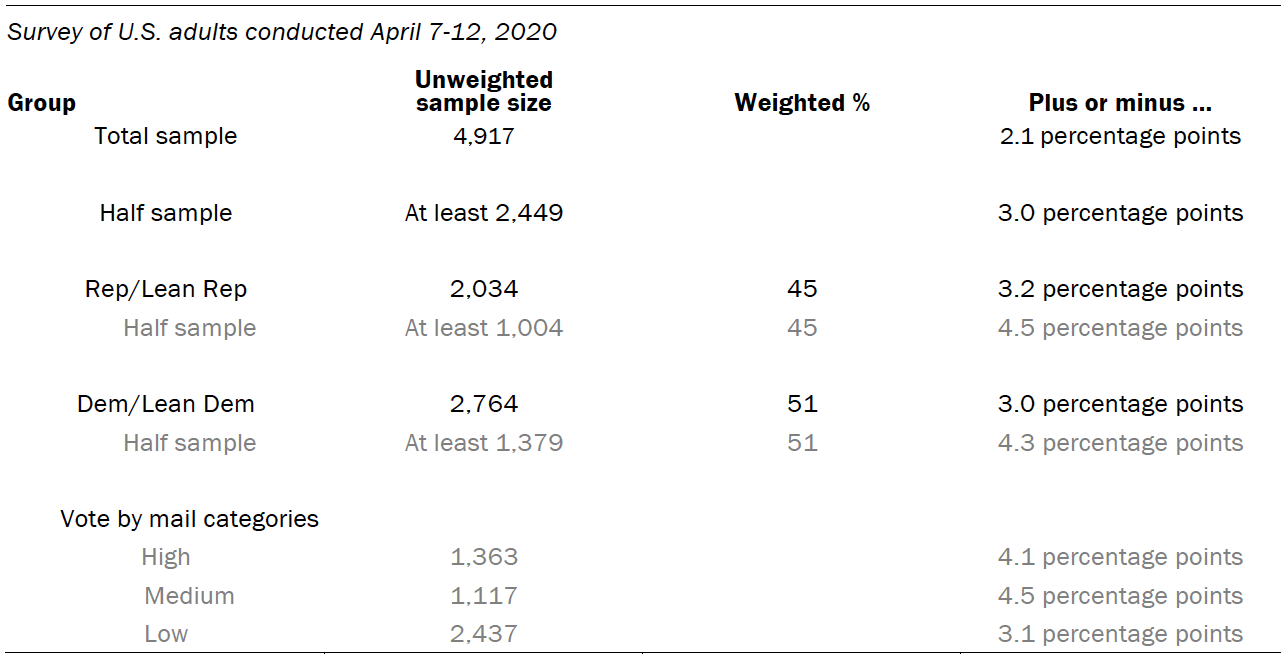