3. Trump’s impact on the tone of political debate, important characteristics for elected officials 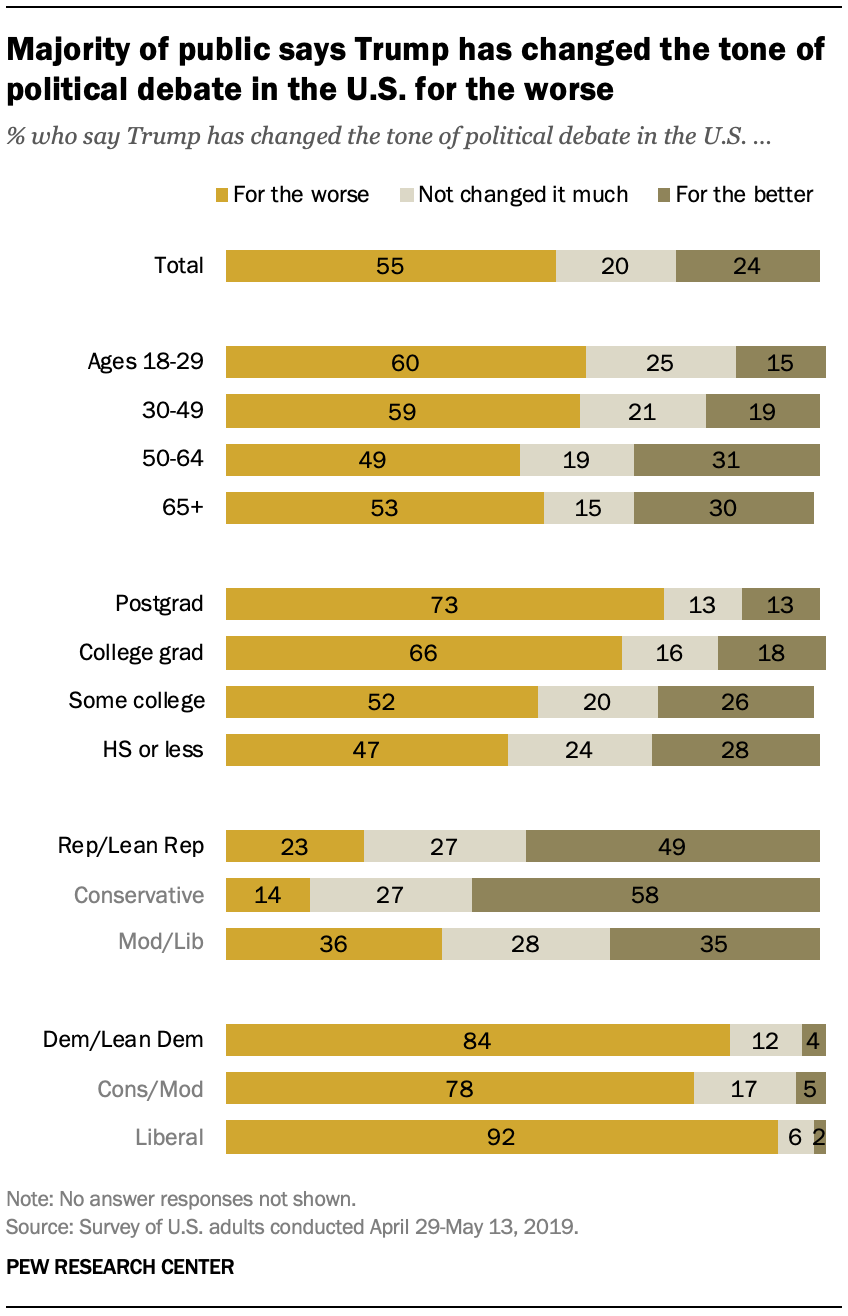 A majority of Americans say that Donald Trump has had a negative impact on the tone of political debate in the United States.

Overall, 55% say that Trump has changed the tone and nature of political debate in the U.S. for the worse since entering politics; fewer than half as many (24%) say he has changed it for the better, and 20% say he has not changed it much either way.

Aside from the partisan differences on this question, there are significant divides by age and education. Those with higher levels of education are much more likely than those with lower levels to say that Trump has changed the tone of political debate for the worse. For instance, 73% of postgraduates say this compared with 47% of those with no college experience.

And adults younger than 50 (59%) are more likely than those 50 and older (51%) to say that Trump’s impact on the tone of political debate in the U.S. has been negative. 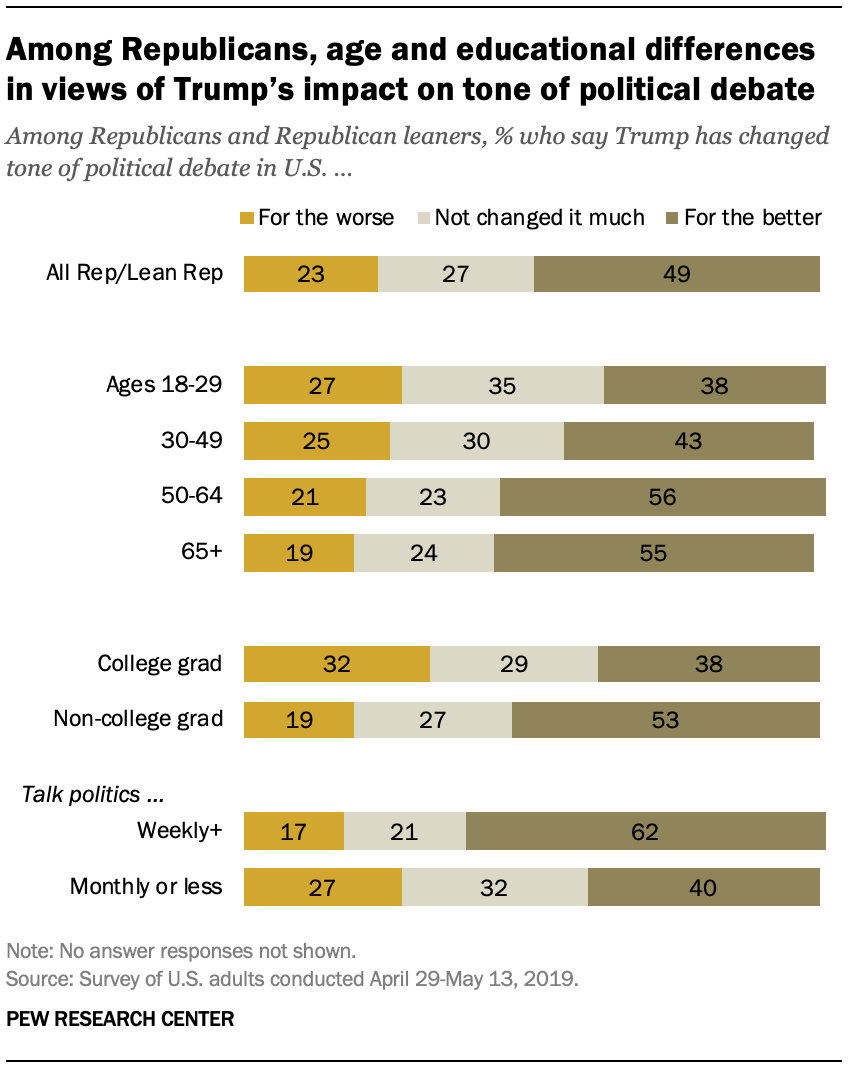 The differences among Republicans over Trump’s impact on the tone of political debate extend beyond ideology.

In addition, Republicans who say they talk about politics with others at least weekly are much more likely than those who talk politics less often to say Trump’s impact on debate has been a positive one (62% vs. 40%). 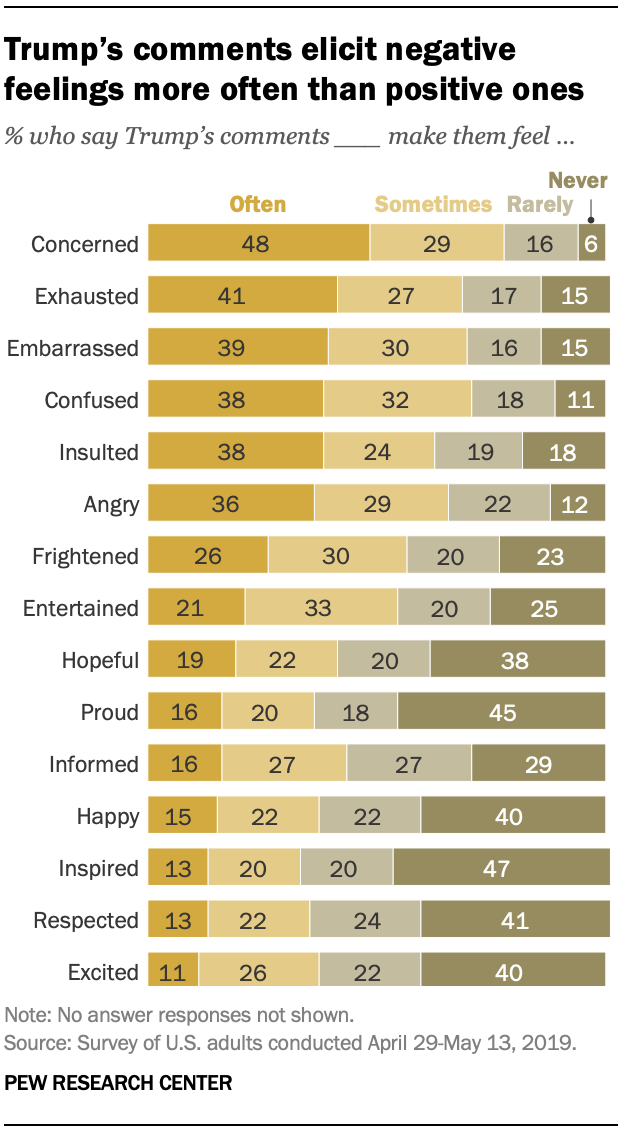 When asked about their reactions to the things Trump says, the public reports experiencing negative reactions more frequently than positive ones.

Other negative emotions also are widely experienced in response to Trump’s comments, including confusion (70% say this happens often or sometimes), embarrassment (69%), exhaustion (67%) and anger (65%).

Feeling entertained is the most frequent positive reaction to Trump’s comments: 54% say they often (21%) or sometimes (33%) feel entertained by what Trump says.

Conversely, majorities of Republicans and Republican leaners say they at least sometimes experience each of the eight positive emotions included in the survey in response to the things Trump says.

Public says elected officials should avoid use of heated language 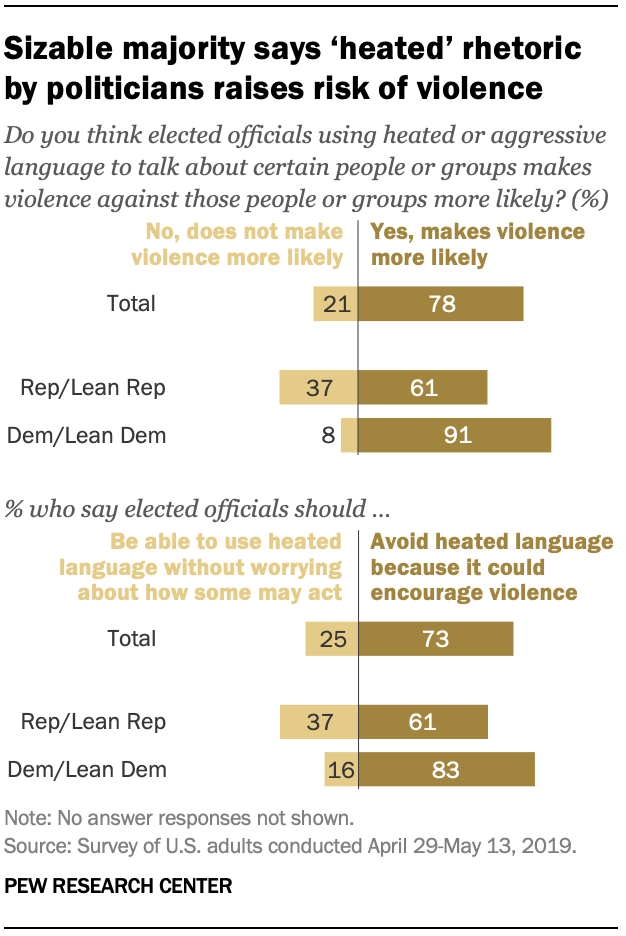 Americans believe there is a link between elected officials’ use of heated or aggressive rhetoric and the possibility of violence against people and groups, and there is broad agreement that officials should avoid this type of language.

Majorities in both parties say there is a connection between the language officials use to talk about certain groups and the possibility of violence, but this view is more widely held among Democrats and Democratic leaners (91%) than among Republicans and Republican leaners (61%). 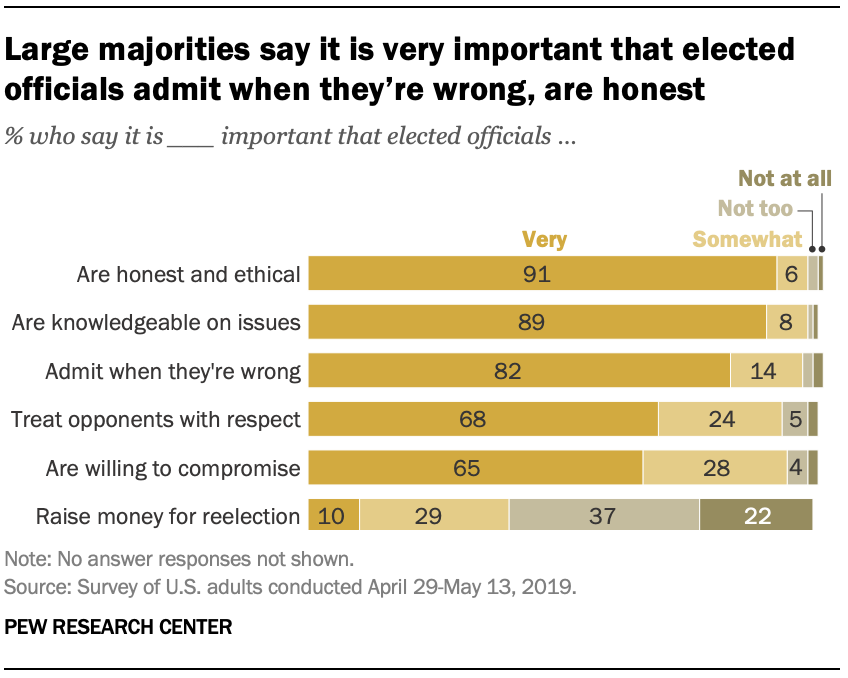 There is widespread agreement among the public that it is very important for elected officials to be honest and ethical (91%), to be knowledgeable on the issues (89%) and to admit when they are wrong (82%).

Roughly two-thirds say it is very important for elected officials to treat opponents with respect (68%) and to be willing to compromise with them (65%).

Some traits, such as honesty, are seen as universally important for elected officials across different contexts. However, views of the importance of other traits – notably, willingness to compromise with opponents and treating them with respect – vary depending on one’s own partisan affiliation and the party of the elected official. 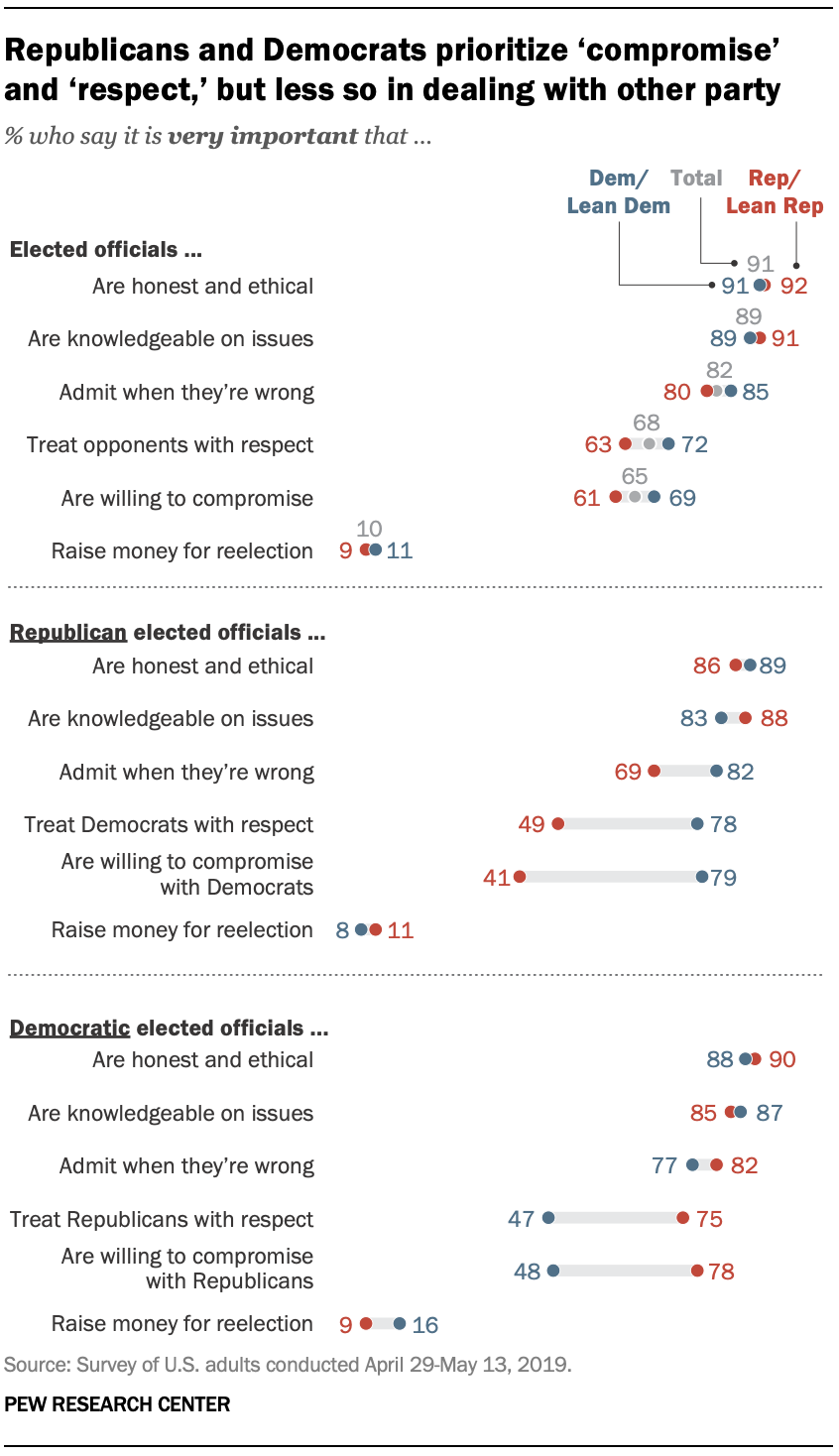 There are much more pronounced partisan gaps when respondents are asked specifically about Republican and Democratic elected officials.

Next: 4. The public’s level of comfort talking politics and Trump Next Page → ← Prev Page