2. The bounds of political debate and criticism

The public draws distinctions when it comes to the types of speech and behavior they deem acceptable from elected officials. Wide majorities of Americans say it is acceptable for elected officials to call their opponent uninformed on the issues and to raise their voice in a debate, but there is much lower tolerance for officials personally mocking their opponents or deliberately mischaracterizing their record. 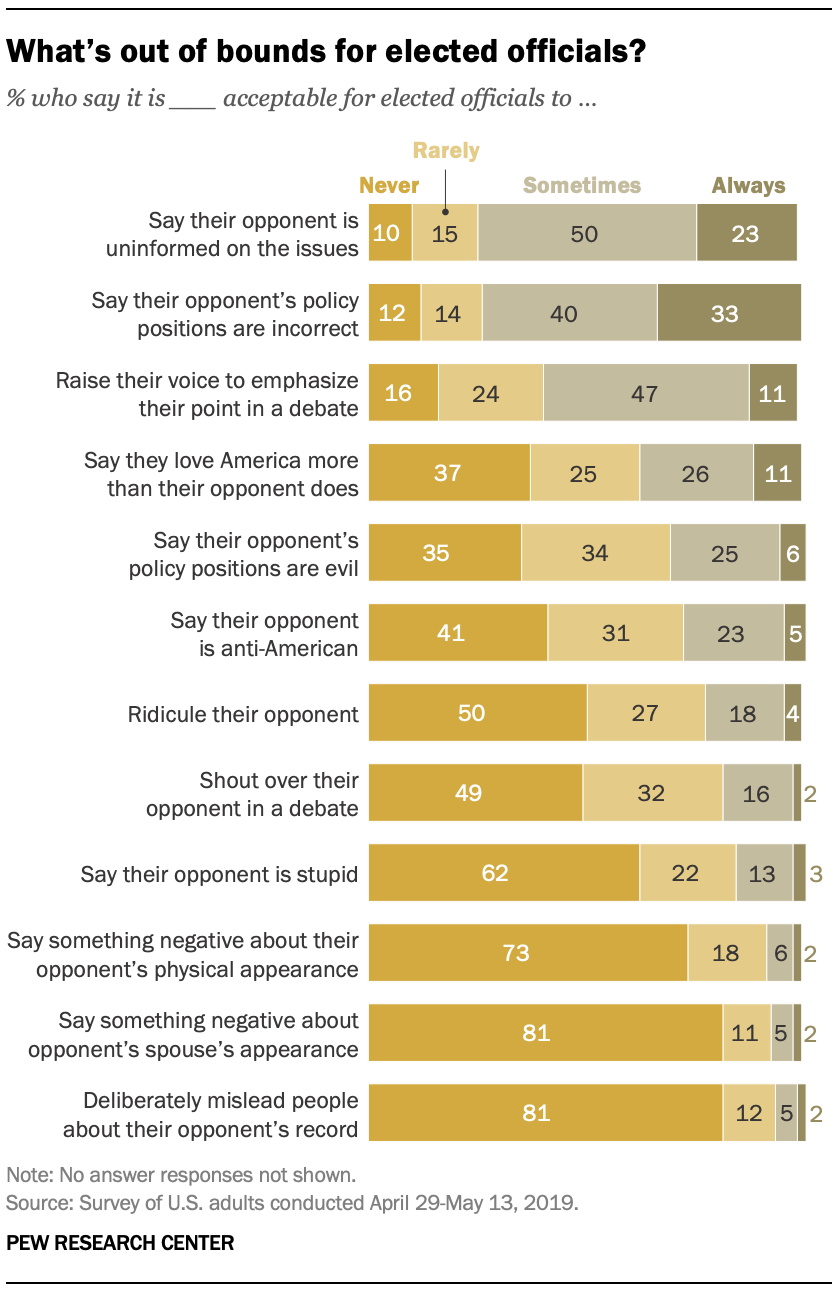 Partisans differ over acceptability of some types of political criticism 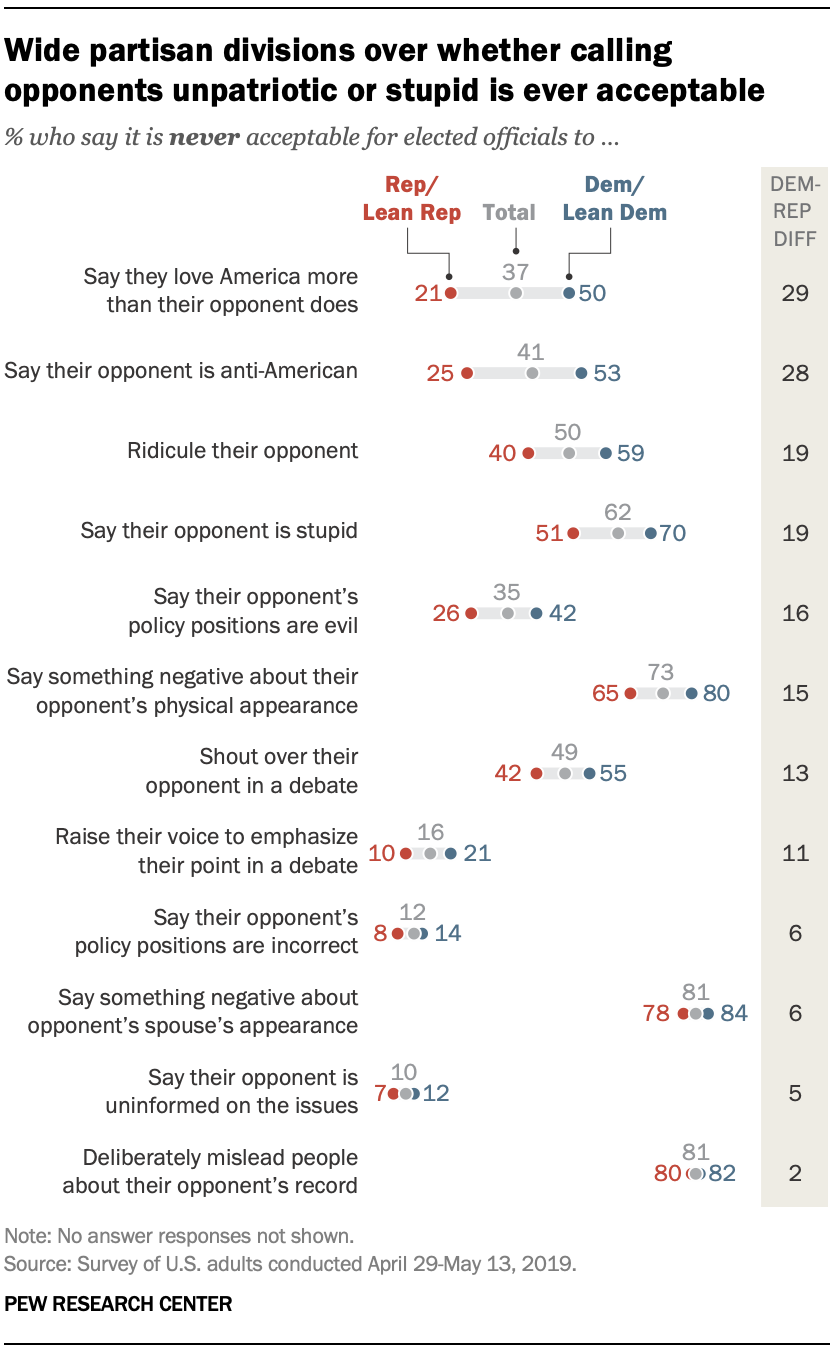 Democrats are more likely than Republicans to view a range of behaviors as out of bounds. And some of the largest partisan gaps are over whether it is acceptable for elected officials to call into question the patriotism of their political opponents.

About three-quarters of Democrats and Democratic-leaning independents (76%) say it is rarely or never acceptable for an elected official to say “they love America more than their opponent does,” including half who say this is never acceptable.

By comparison, 45% of Republicans and Republican leaners say it is rarely or never acceptable for an official to say they love America more than their opponent – including just 21% who consider this completely out of bounds in politics. The pattern of opinion about whether it is acceptable to call one’s opponent anti-American is nearly identical.

Partisans also have different views of how acceptable these types of political insults are, depending on the partisanship of the political officials involved. For example, in the case of how acceptable it is to call an opponent’s policy positions evil: 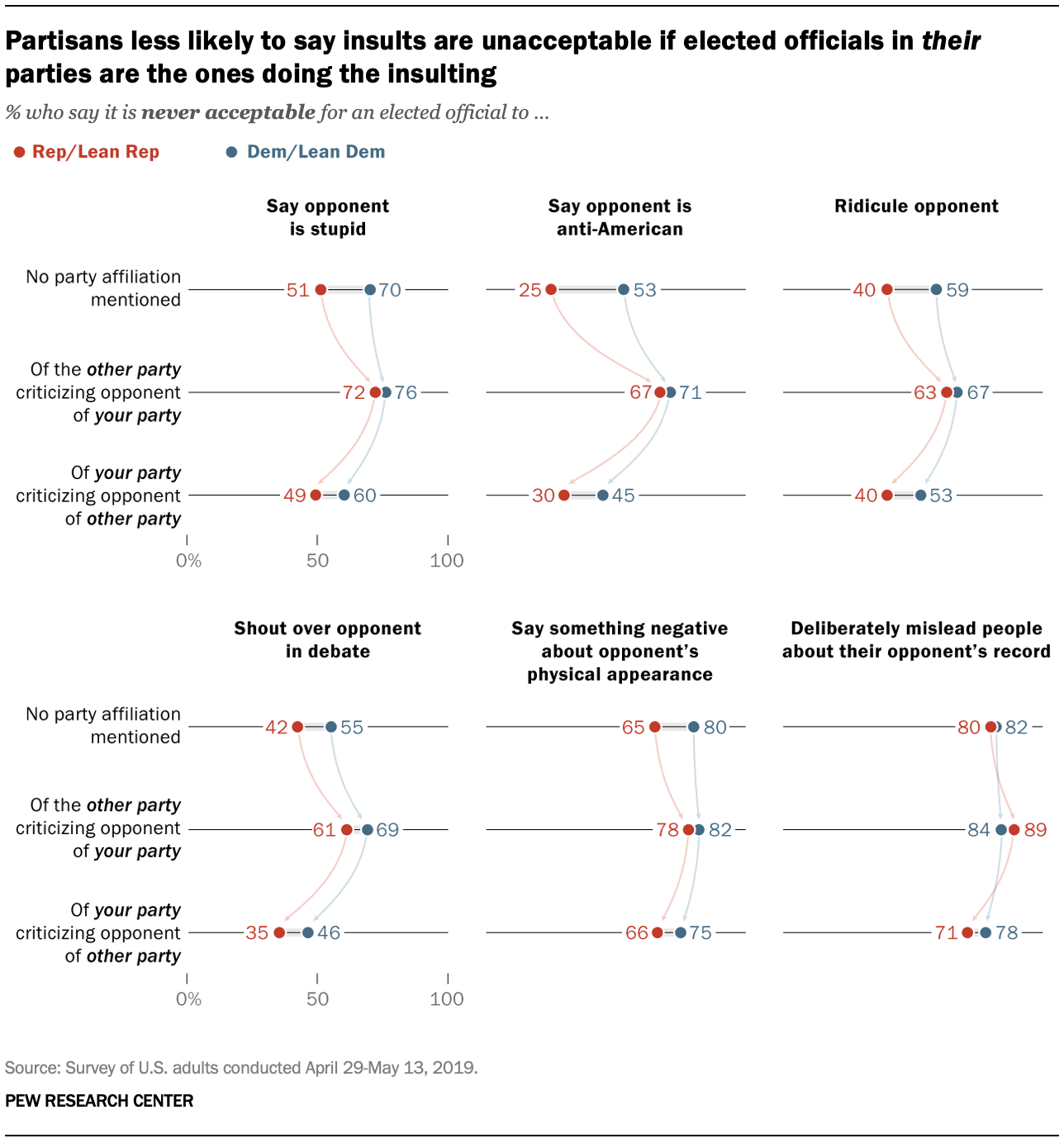 Next: 3. Trump’s impact on the tone of political debate, important characteristics for elected officials Next Page → ← Prev Page