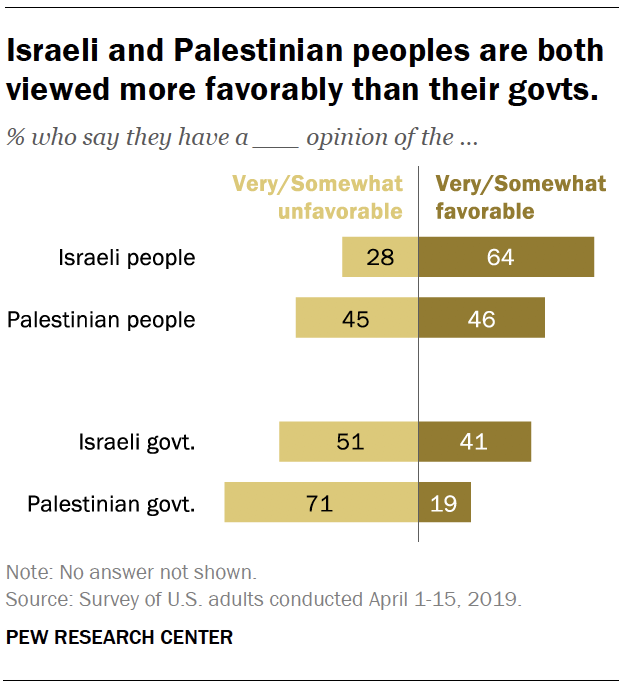 The new Pew Research Center survey, conducted April 1-15 among 10,523 U.S. adults, finds large partisan differences in opinions about both the Israeli and Palestinian peoples and their governments.1

While majorities in both parties have favorable views of the Israeli people, Republicans and Republican-leaning independents are more likely than Democrats and Democratic leaners to say this (77% vs. 57%). 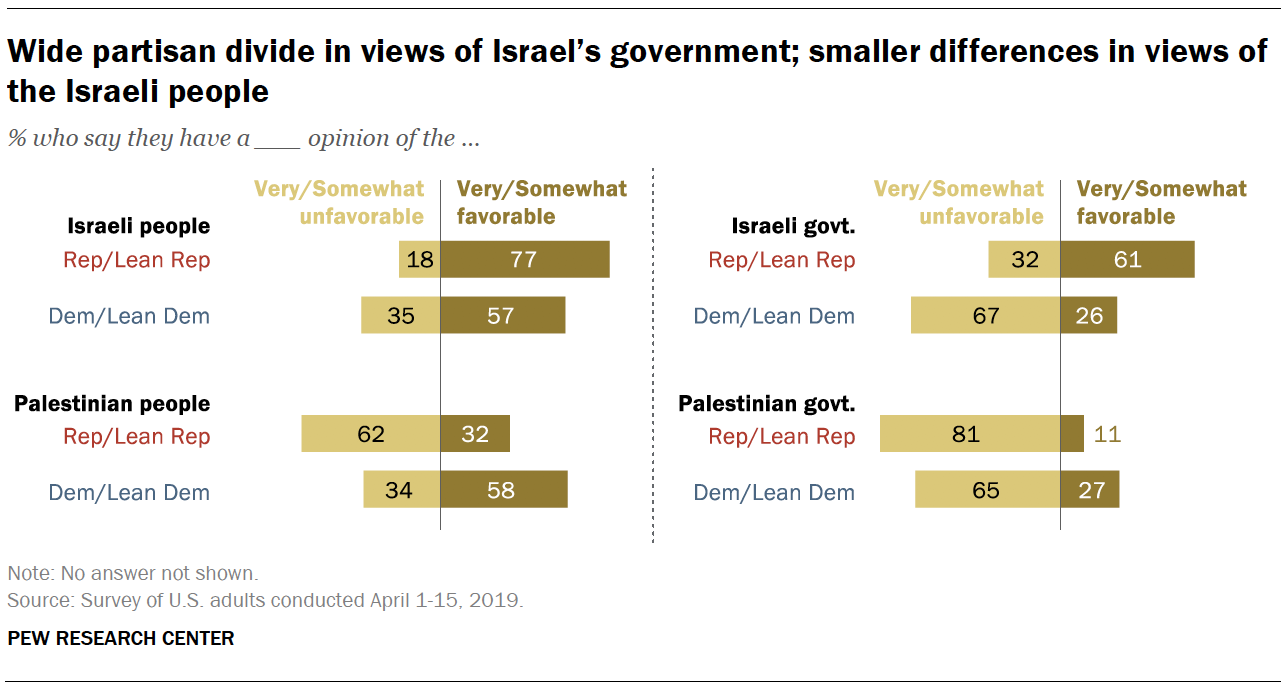 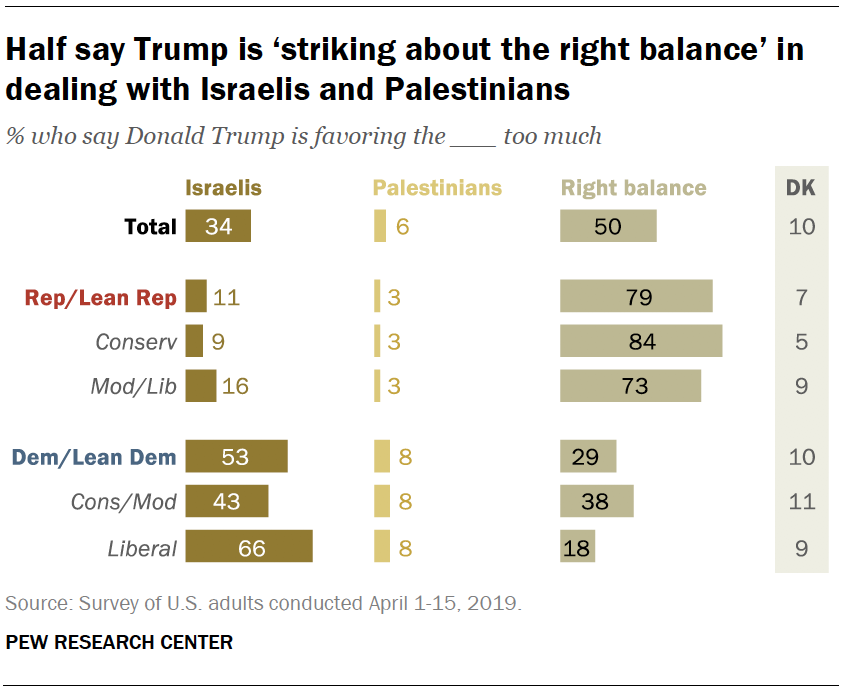 This survey also finds that half of Americans say President Donald Trump is “striking about the right balance” in dealing with the two sides. Roughly a third (34%) say Trump is favoring the Israelis too much, while 6% say he is favoring the Palestinians too much.

In views of the two governments, 43% have an unfavorable opinion of both, which is greater than the shares who hold mixed opinions or feel favorably about both governments.

Among Republicans, nearly half (46%) view Israelis favorably and Palestinians unfavorably. Yet almost as many Republicans hold some other combination of opinions, including 30% who feel favorably toward both peoples. 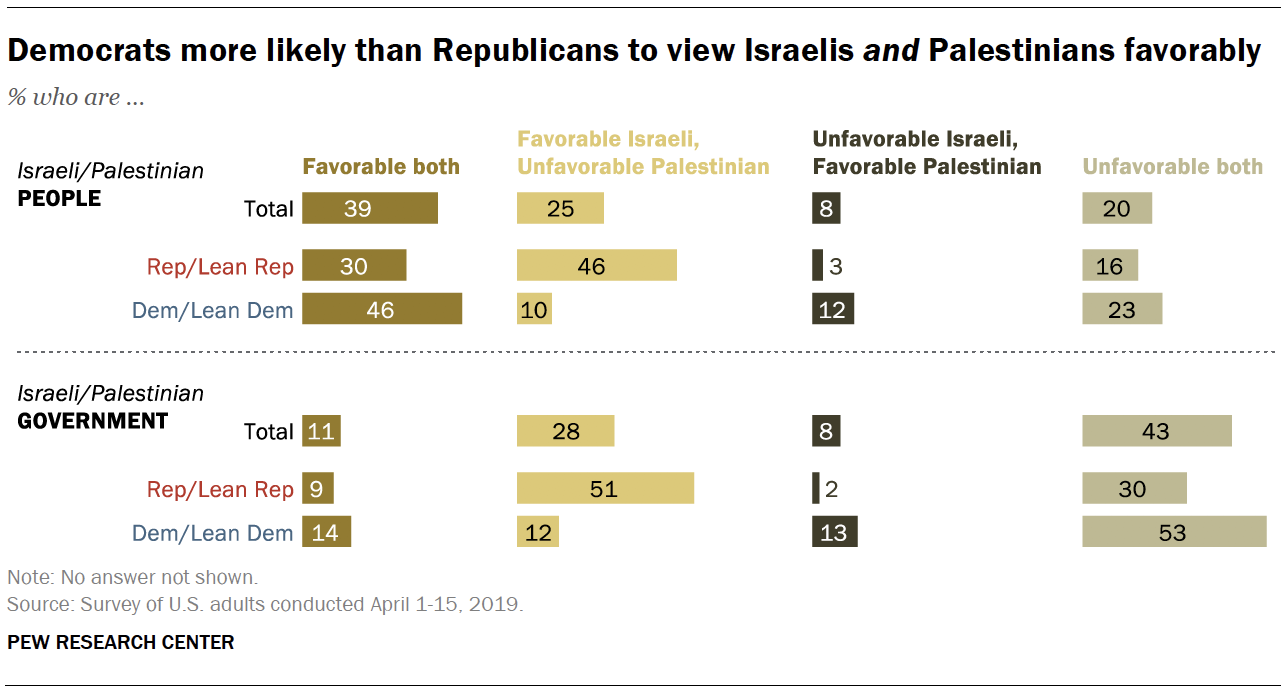 Democrats, by contrast, are more likely to view both Israelis and Palestinians positively (46% are favorable to both peoples).

Age differences in views of Israelis and Palestinians

Majorities across age groups have favorable views of the Israeli people, although those ages 65 and older are most likely to express a favorable opinion. 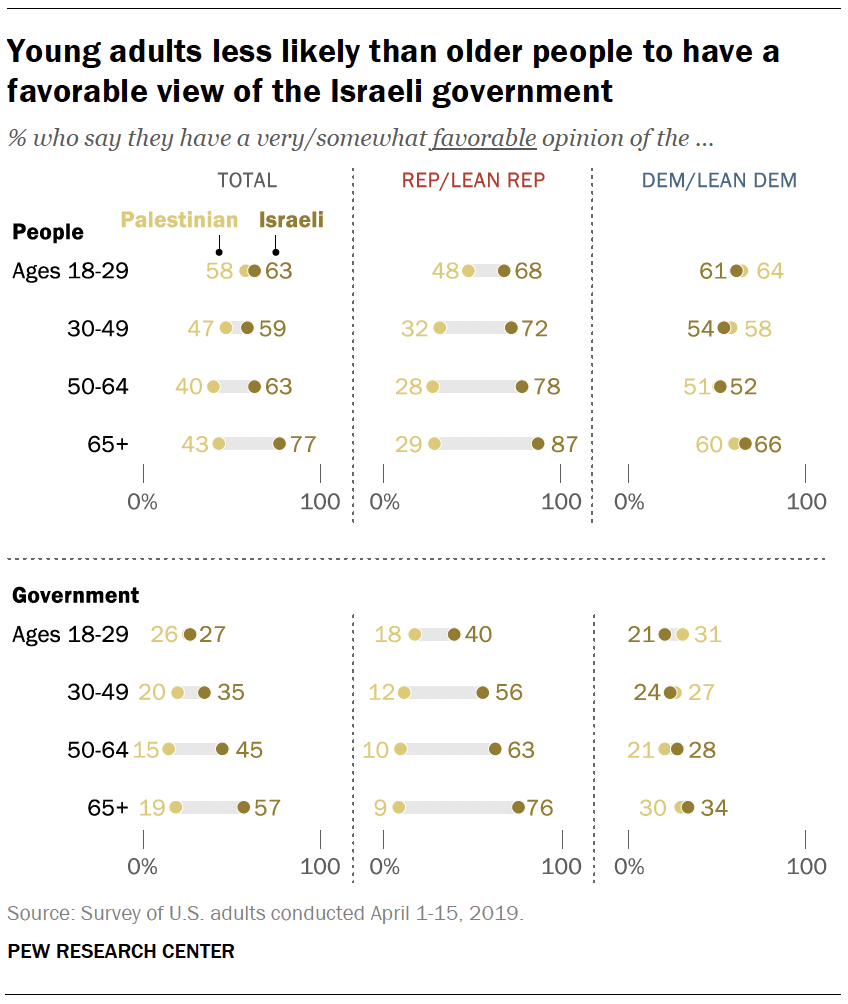 Yet there are much wider differences in opinions of the Israeli government; those 65 and older are the only age group in which a majority (57%) have a favorable view of the government. Among the youngest adults (those younger than 30), just 27% view Israel’s government favorably.

Favorable views of the Israeli government among older adults are driven by older Republicans and Republican leaners, whose views are significantly more favorable than those of younger Republicans. There are more modest age differences among Democrats.

Partisan Divides in Views of Many Countries – but Not North Korea