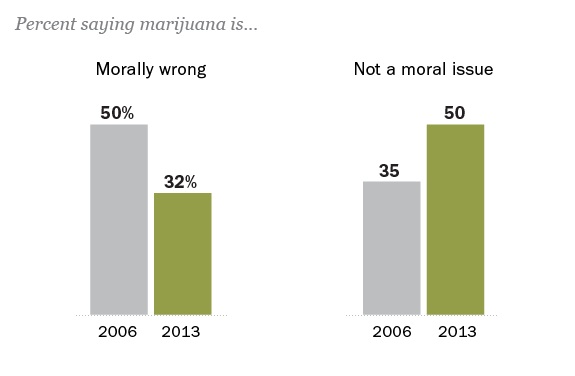 A declining share of Americans see the use of marijuana as a moral issue. Those in the Silent Generation are more likely than younger people to say that smoking marijuana is morally wrong. But since 2006, the percentage of Silents expressing this view has decreased from 71% to 48%.