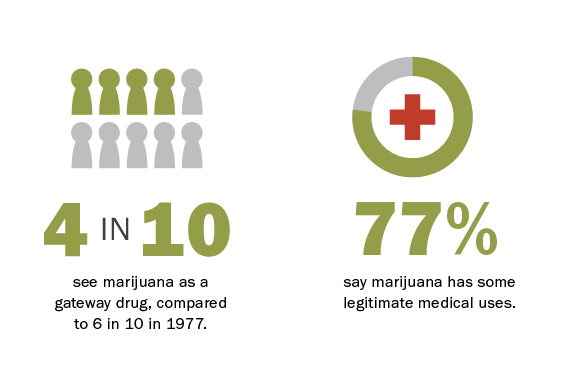 Over the past three decades, there has been a substantial decline in the percentage saying that for most people marijuana leads to the use of hard drugs. Much of this shift is the result of generational change, with fewer Millennials and Gen Xers saying they believe this. Meanwhile, a majority of each age group today, even those 65 and older, says marijuana has legitimate medical uses.