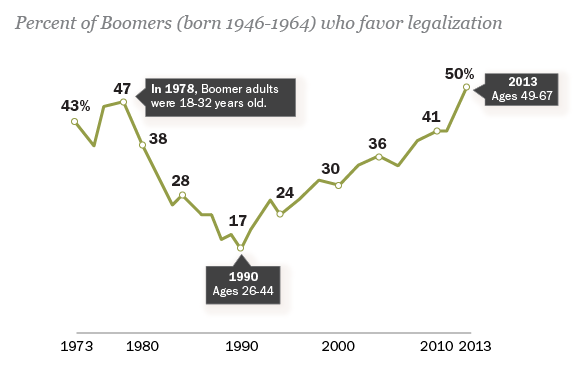 Baby Boomers' attitudes on marijuana have see-sawed over the past several decades. Nearly half of boomers supported legalization in their youth during the 1970s. This percentage fell to one-in-five during the “Just Say No” anti-drug campaign of the late 1980s. Today, half of boomers again support legalization.