Since December, Obama’s job approval has declined among Democrats and independents. His job approval among Republicans, already low in December (12% approve), remains about that low today (14%). 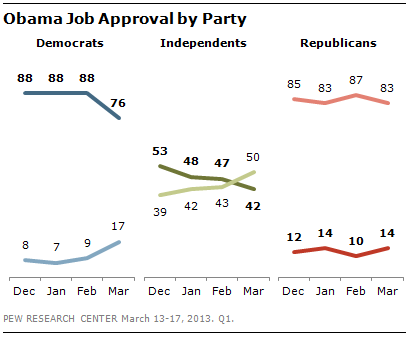 Despite his lower approval rating, Obama continues to engender more confidence on the federal budget deficit than 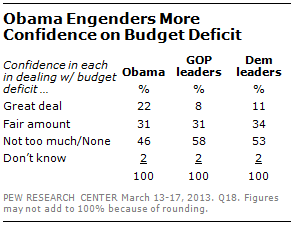 either GOP leaders in Congress or Democratic congressional leaders.

These views have changed little since September 2011, shortly after the contentious negotiations over raising the nation’s debt ceiling. At that time, 52% had a great deal or a fair amount of confidence in Obama on the deficit, 35% expressed that degree of confidence in GOP leaders and 43% had confidence in Democratic leaders. 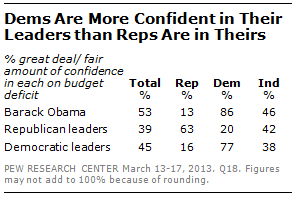 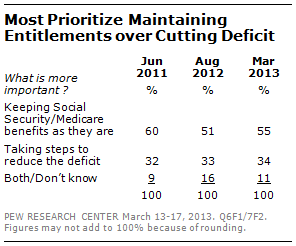 As Washington debates competing deficit reduction plans, the public continues to say it is more important to keep Social Security and Medicare benefits as they are than to take steps to reduce the budget deficit. There has been little change in these opinions over the past two years.

Majorities across all age groups say it is more important to maintain Social Security and Medicare benefits as they are than it is to take steps to reduce the budget deficit. 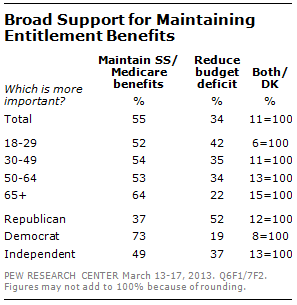 Nonetheless, those 65 and older are more likely than younger people to express this view.