Obama and Romney have switched places in poll results over the final two months of the campaign. This chart tracks likely voters, based on national polls conducted by Pew Research Center. Read Pew Research’s final estimate for Election Day, which allocates a portion of the undecided voters to each candidate here. 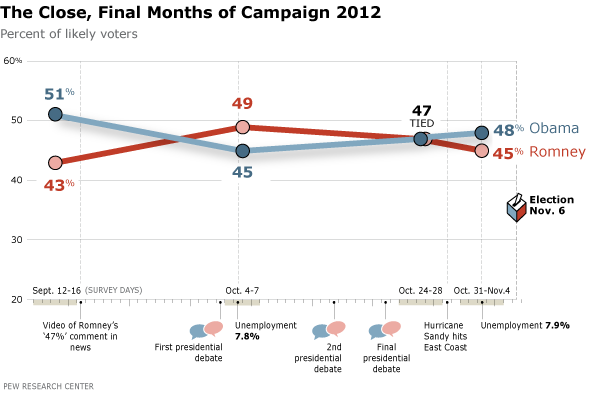